Alastair Hector Hetherington (1919-1999), journalist and broadcaster, was born in Llanishen, Glamorgan, the son of Sir Hector Hetherington (1888-1965), Principal of Glasgow University. He was educated at Corpus Christi College, Oxford. During the Second World War he served with the Royal Armoured Corps. It was while serving in Hamburg that he helped to launch the newspaper Die Welt. On his return to Scotland he worked as sub-editor and leader writer with the Glasgow Herald until 1950, when he moved to the Manchester Guardian where he was editor for 19 years. He was involved with the decision to drop Manchester from the newspaper’s title and to the opening, in 1961, of the newspaper’s printing facility in London. Hetherington won the journalist of the year award in 1970 amongst many other awards. In 1975, at the age of 55, he was appointed Controller of BBC Scotland. During the late 1970s he created a number of local radio stations in the Highlands and took the post of station manager at BBC Highland, Inverness. After several years as a freelance writer and broadcaster he became Professor of Media Studies at the University of Stirling in 1987.

Correspondence and files relating to Hetherington’s career as a journalist, 1944-1975, including Second World intelligence reports, 1944; papers relating to his editorship of Die Welt, 1945-50; correspondence and papers concerning defence and security issues during his editorship of The Guardian, including Suez Crisis, Korean and Vietnam Wars, 1952-1968; papers concerning world affairs, 1954-1970, Guardian investigations, 1966-1974, and the 1974 General Election; papers and correspondence concerning The Guardian’s financial troubles, including proposed merger with The Times and union negotiations, 1959-1971; Hetherington’s resignation as editor of The Guardian, 1975. Also scrapbooks containing leaders and other articles written by Hetherington for The Glasgow Herald and The Guardian, 1940s-1985. Material relating to Hetherington’s time at BBC Scotland including papers concerning devolved powers from London and the Annan Committee on the Future of Broadcasting, 1974-1978; TV and radio development, 1976-1978; and Mountain Days TV programme, 1977-1978. 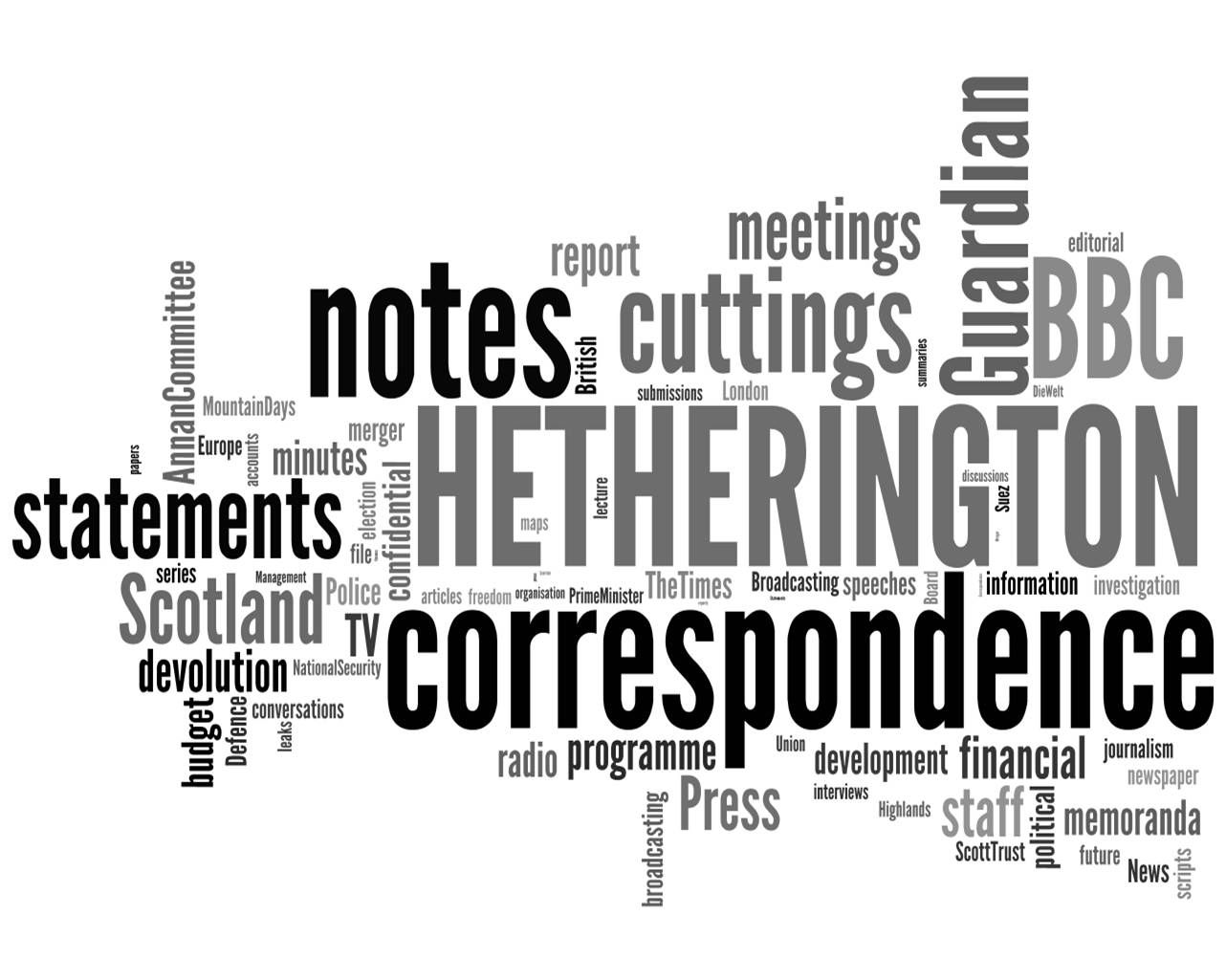