A set of 6 new artworks directly inspired by the archives of John Grierson and Norman McLaren were created in 2009 by the artists Luke Fowler and Katy Dove. The artists were invited to explore the archives and use material from the collections to inform and inspire new work. A set of photographic collages was the initial result of this exploration. They were first displayed as part of the exhibition ‘Art is not a mirror, it’s a hammer!’ which was staged in The Changing Room Gallery, Stirling, in the summer of 2009 and now hang in the new archives reading room in the university library. A selection of original artwork from Norman McLaren and photographs from his archive are also on display along the J corridor in the university's Pathfoot building.

John Grierson, the ‘father of documentary’ and Norman McLaren, an Oscar-winning experimental filmmaker, were born and raised in Stirling, both attending Stirling High School. Grierson’s contribution to the development of film is well documented but he also had an important role in shaping McLaren’s career. In 1935, when McLaren was a student at the Glasgow School of Art, he won first prize at the Scottish Amateur Film Festival from a jury led by Grierson. The following year Grierson invited him to London to work in the creative hothouse that was the GPO film unit. Several years later Grierson brought McLaren to Canada and set him up with his own studio and full artistic freedom at the National Film Board, which Grierson had established in 1941. A string of international awards for McLaren’s pioneering, experimental work followed. The University of Stirling Archives holds their personal and working papers which provide a fascinating insight into their lives and careers.

These works formed part of a long-running collaborative project between the University of Stirling Archives and the Changing Room, Stirling, to create new works inspired by the collections held in the University Archives. Another output of the project was 'Now is the Time', a new work by Katy Dove inspired by the McLaren Archive. The show was exhibited at the Changing Room in November - December 2009. It looked at the relationship between sound and images and allowed visitors to make their own contributions through a piece of interactive animation developed specially for the exhibition which is available online. 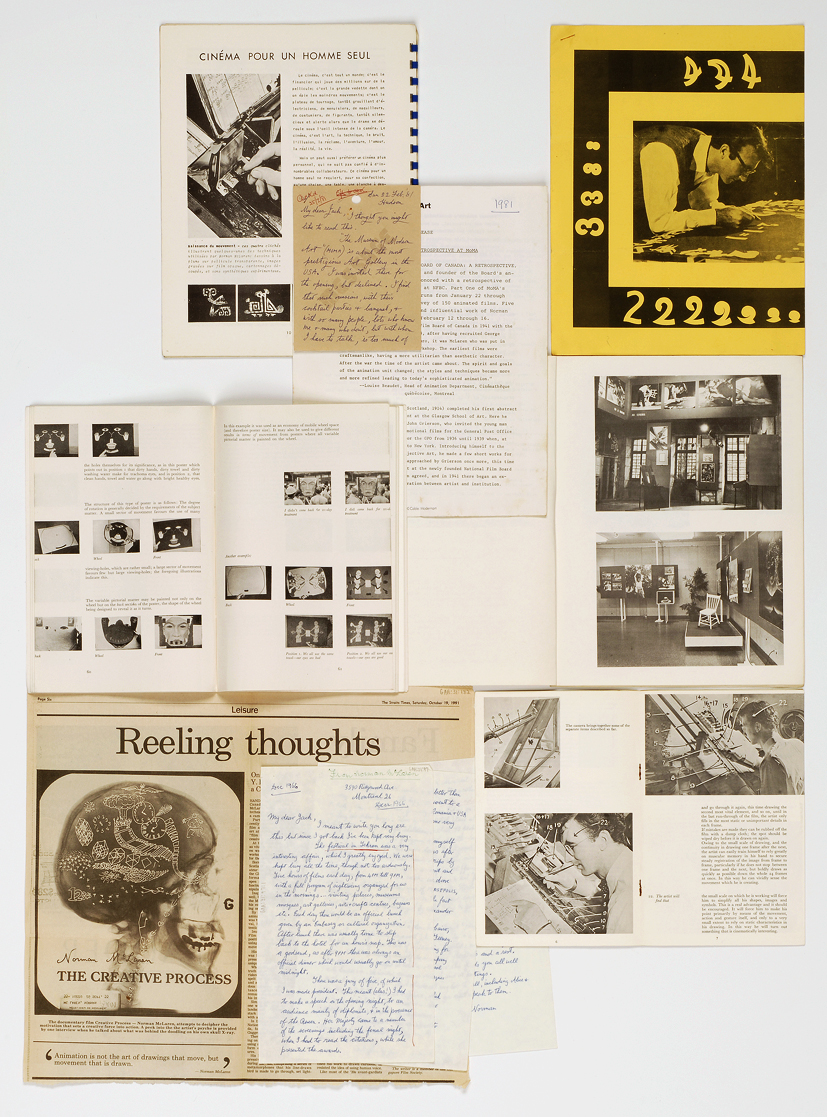