Stirling District Lunatic Asylum was established in 1865 by the Stirling District Lunacy Board. The first patients were admitted in June 1869, many being transferred from asylums in Glasgow, Edinburgh and Dundee. Located in Larbert the institution was renamed Bellsdyke Hospital in 1960. The historical records of the asylum were transferred to the University of Stirling Archives in April 2012.

The collection has been fully catalogued. A full descriptive list is available on our online catalogue.

The Passing Hour is fully digitised and available through JSTOR.

The collection is arranged into the following sections:

No further accruals are expected

The University of Stirling Archives holds the historical records of NHS Forth Valley which also include the archives of the Royal Scottish National Hospital, Larbert.

Material from the Stirling District Asylum features on the ALCMAEON Project which aims to innovate the teaching of medical history and to work in a better integration of historical, ethical and psychosocial components of medical humanities.

To protect patient confidentiality there is a 75 year closure period in operation for adult clinical records. Please contact the University Archivist for further details.

The Passing Hour, the magazine of Stirling District Asylum. 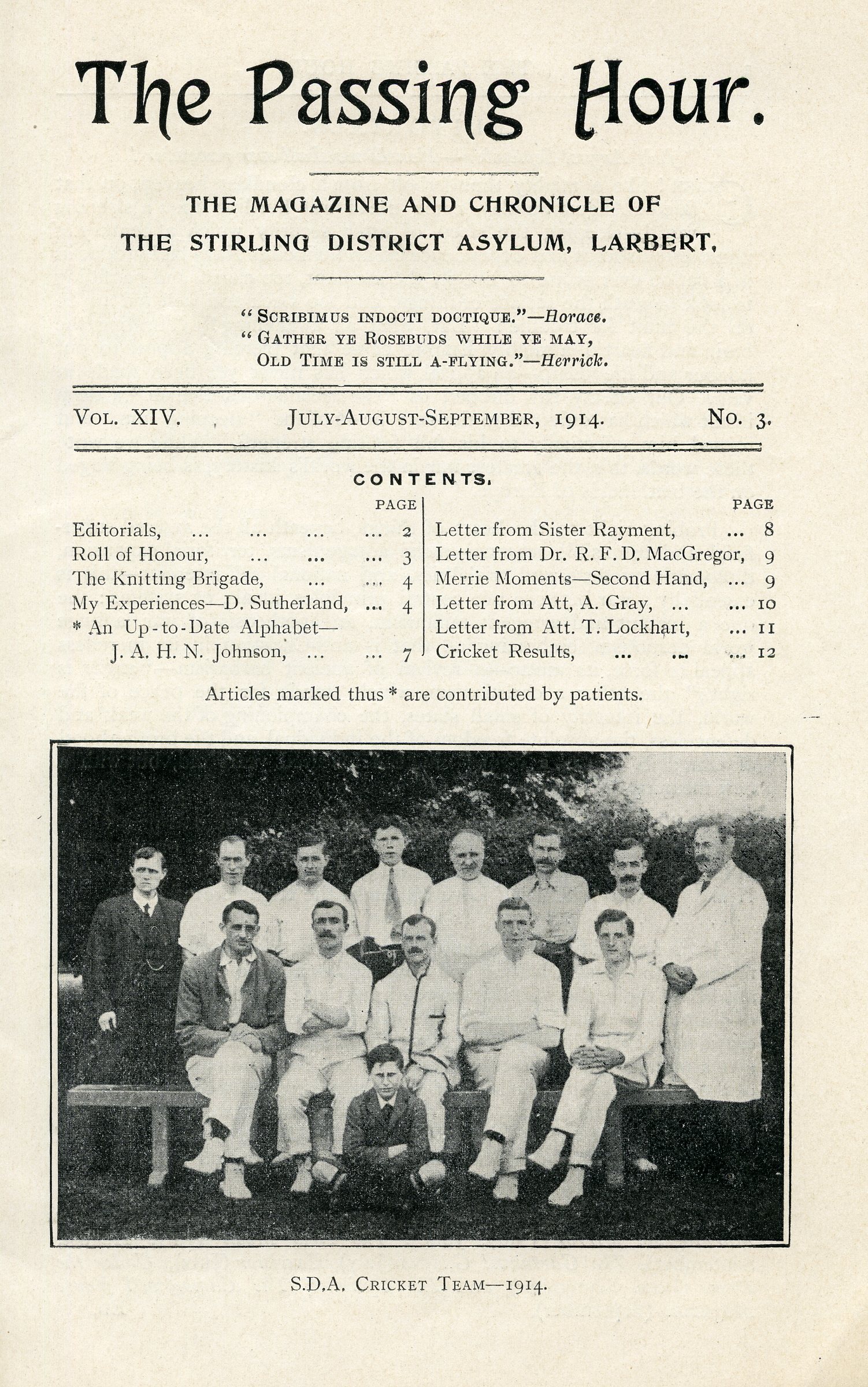 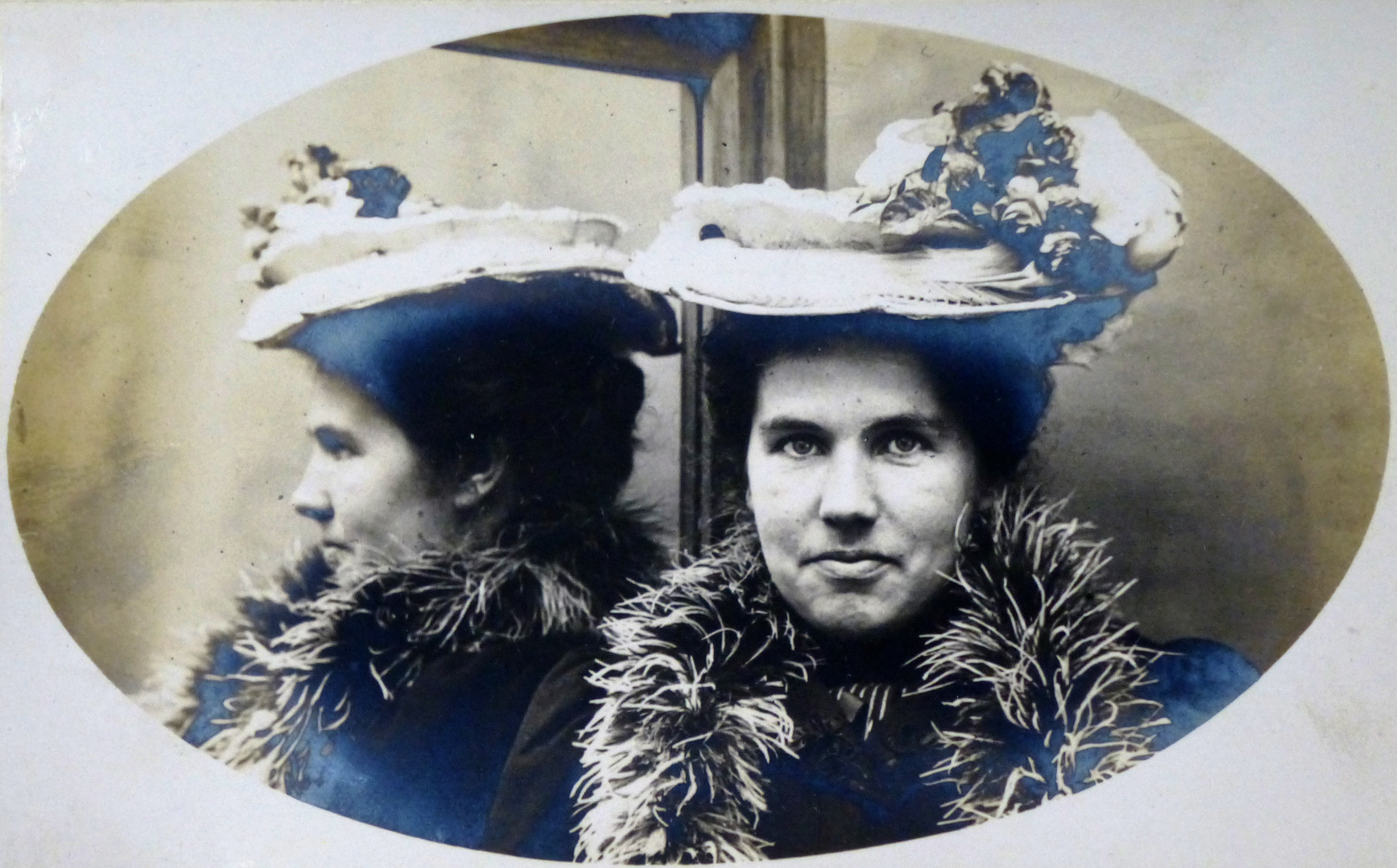 New artwork co-created by patients at Bellsdyke Hospital and artist Sharon Quigley, inspired by the stories of patients in the Stirling District Asylum Archive.

Read more about the project here.

In 2016 Layla Essat, a Masters student in Gender Studies at the University of Stirling carried out a research placement in the University Archives. She produced a series of articles on her work on the Stirling District Asylum which are reproduced here: 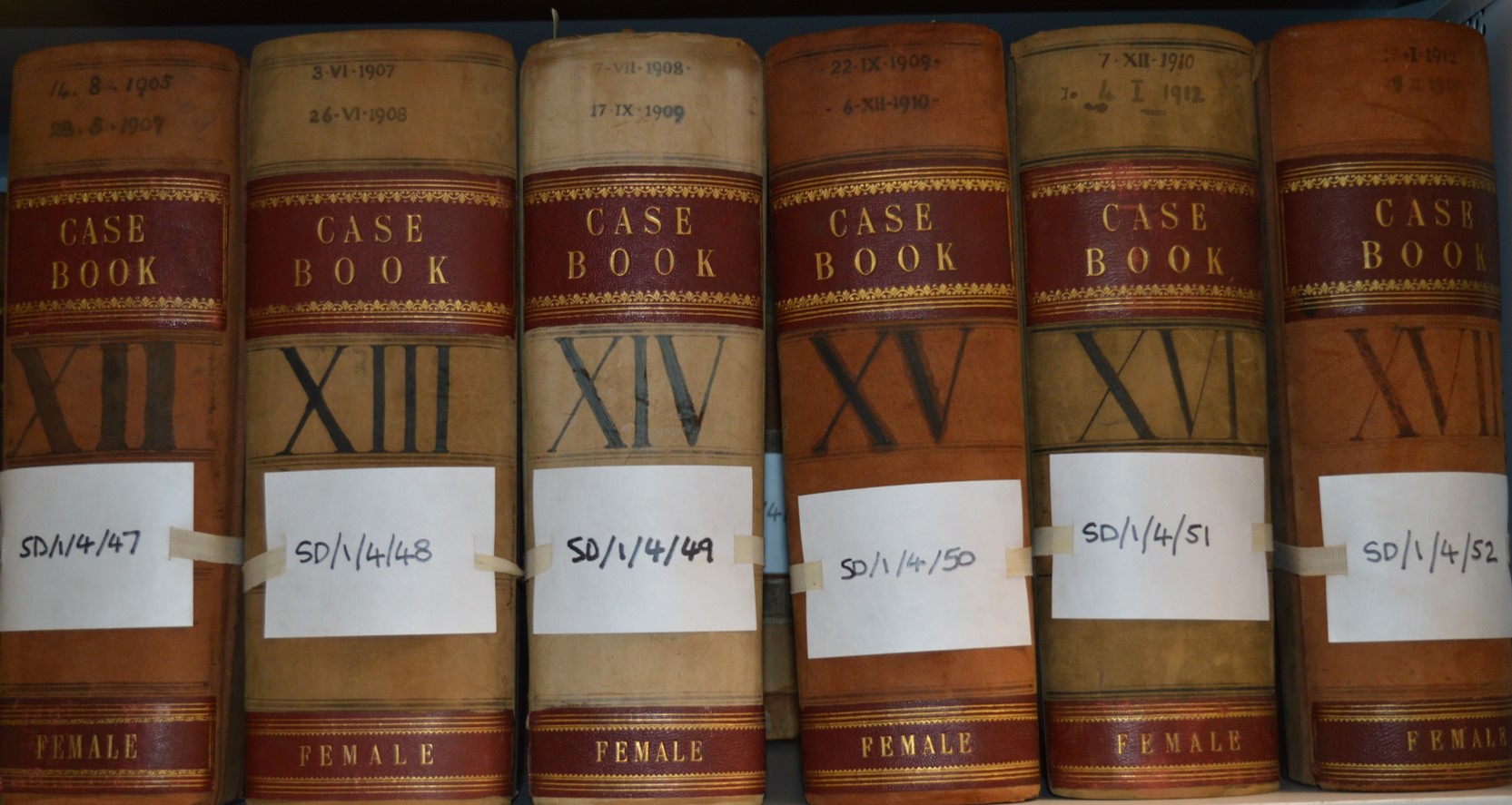