Norman McLaren was born in Stirling in April 1914. The son of a painter and decorator he was educated at Stirling High School. He studied art and interior design at the Glasgow School of Art from 1933-36. While there he began making short experimental films. His work came to the attention of John Grierson who offered him a job with the GPO film unit in London. In 1939 McLaren left Britain and moved to New York. In 1941 he took up an invitation from John Grierson to work at the National Film Board of Canada, which Grierson had established in 1939.In Canada Grierson gave McLaren the freedom to experiment. He examined the various ways sound and movement could be presented on film and developed a variety of different techniques of animation. McLaren's genius was recognised worldwide with a string of awards for his work including an Oscar in 1953 for his short film Neighbours.

Technical notes and promotional material relating to McLaren’s films; correspondence with his family in Scotland (1936-66) and the filmmaker Helen Biggar (1936-39); awards, medals, honorary degrees and related material; press cuttings relating to McLaren and his work (1934-93); personal memorabilia; photographs; artwork including paintings and pastels.

Full details of the Norman McLaren Archive are included on our online catalogue.

A printed catalogue of the contents of the Norman McLaren Archive can be consulted in the archives reading room. A version of this catalogue can also be viewed below. The contents of the collection are divided into 5 sections, each covering a particular aspect of McLaren's life and career.

The John Grierson Archive also includes material relating to Norman McLaren, including letters written by McLaren to Grierson in 1939, and a full list of these items is also included below.

The Norman McLaren Archive has been created through the generous donation of material from members of McLaren's family in Scotland and friends and colleagues in Canada. Following an initial transfer of material to the university by McLaren's brother John in the 1990s the collection has grown substantially in recent years.

Material related to Norman McLaren is also included in the University of Stirling's John Grierson Archive.

The National Library of Scotland holds a collection of letters written by Norman McLaren to his friend Florence Russell (refs. Acc. 5649, & Acc. 9312)

Publications: The following books about McLaren are held with the collection.

The University of Stirling Archives blog incudes a number of articles on Norman McLaren. 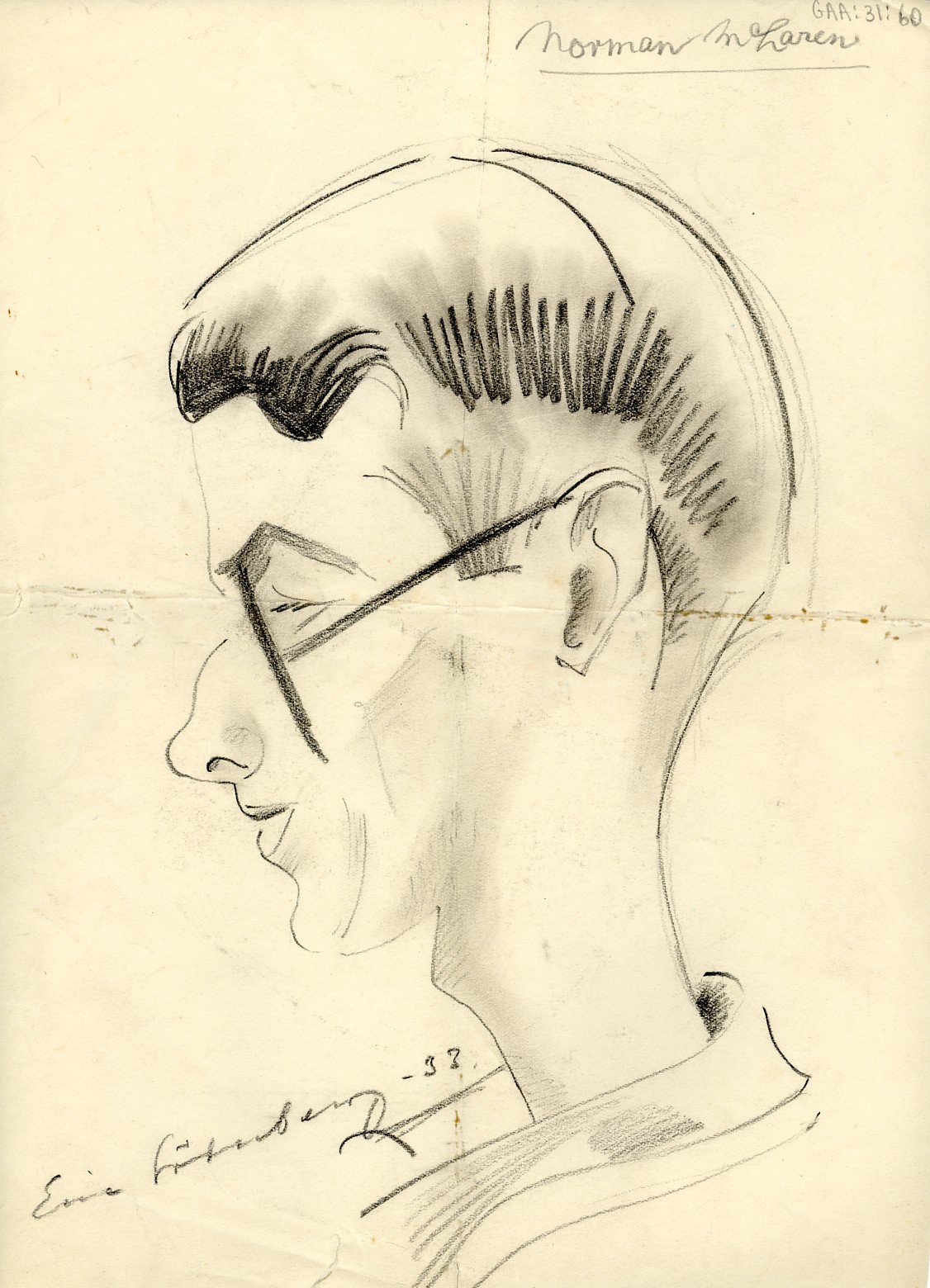 Sketch of Norman McLaren drawn by a fellow student at the Glasgow School of Art, 1933.