The Stirling Tract Enterprise was founded by Peter Drummond, a Stirling seed merchant,  in 1848. Drummond, a very religious man, was shocked that people were being ferried across the River Forth to Cambuskenneth to visit the abbey and public houses on Sundays. He published a tract, The Sabbath, and distributed 10,000 copies, and followed that with another 200,000 copies in the following months. He subsequently published several new tracts; by 1852 he devoted himself to tract publishing full time. The tracts were distributed free, although distributors were charged (these included clergy, missionaries, preachers, Sunday Schools). Donations covered the publishing costs. Most of the tracts were printed by the Stirling Observer Press. The Enterprise also started publishing books and magazines. By 1872, around 60 million tracts had been published.

Contents: Publications of the Stirling Tract Enterprise and the Drummond Press, including tracts, magazines and books.

The collection is only partially catalogued - see the library catalogue

Custodial history: The collection was first donated to the Library by the Trustees of the Drummond Press in 1979. There have been several further donations from the Drummond Trust since then.

Accruals: There may be further additions to the collection.

Available for purchase for £6 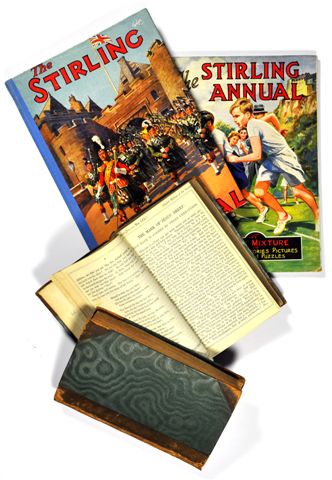 Publications of the Stirling Tract Enterprise