Sir Walter Scott (1771-1832) was a Scottish poet and novelist. He gained international recognition during his lifetime for reviving the image of Scotland through his novels and poetry. From an early age he was interested in the oral tradition of the Scottish Borders. His first novel, Waverley, was published  in 1814 and brought him fame (despite being published anonymously). He wrote many other novels which celebrated Scottish history and culture, all published by James Ballantyne in Kelso. In 1818 he was granted a Baronetcy by the Prince Regent.

In 1825, he became the victim of a banking crisis and lost a great deal of money which was invested in the Ballantyne printing business. After this, he wrote in order to pay off his debts. He died in 1832 at Abbotsford, the house he had had built in the Scottish Borders.

Contents: editions of Scott's works published during the author's lifetime.

All of these books are listed in the online library catalogue.

Custodial history: The collection was donated to the Library by Burt Eddy Taylor of Michigan in the early days of the University. 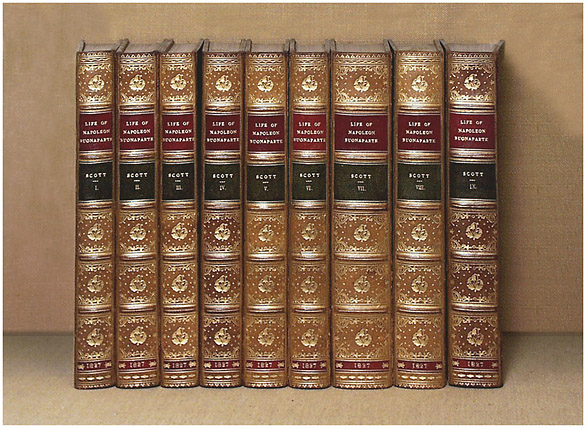