The programme travelled around the world interviewing a selection of people who had written to Mikhail Gorbachev, President of the Soviet Union, and reflecting on the changes made since Gorbachev was appointed General Secretary of the Communist Party of the Soviet Union in 1985. The documentary makers gained exclusive behind-the-scenes access to offices in the Kremlin where letters to President Gorbachev were processed.

Custodial history: The collection was deposited with the University of Stirling Archives by Barbara McKissack, the programme's producer, in 2022.

Access conditions: This collection is open to researchers to consult in our archives reading room.

The Canongate Press Archive at the National Library of Scotland contains material relating to the production of the book Dear Mr Gorbachev. The relevant files are included in Acc. 11197 Canongate Press.

An article on the collection is available on our Culture on Campus blog. 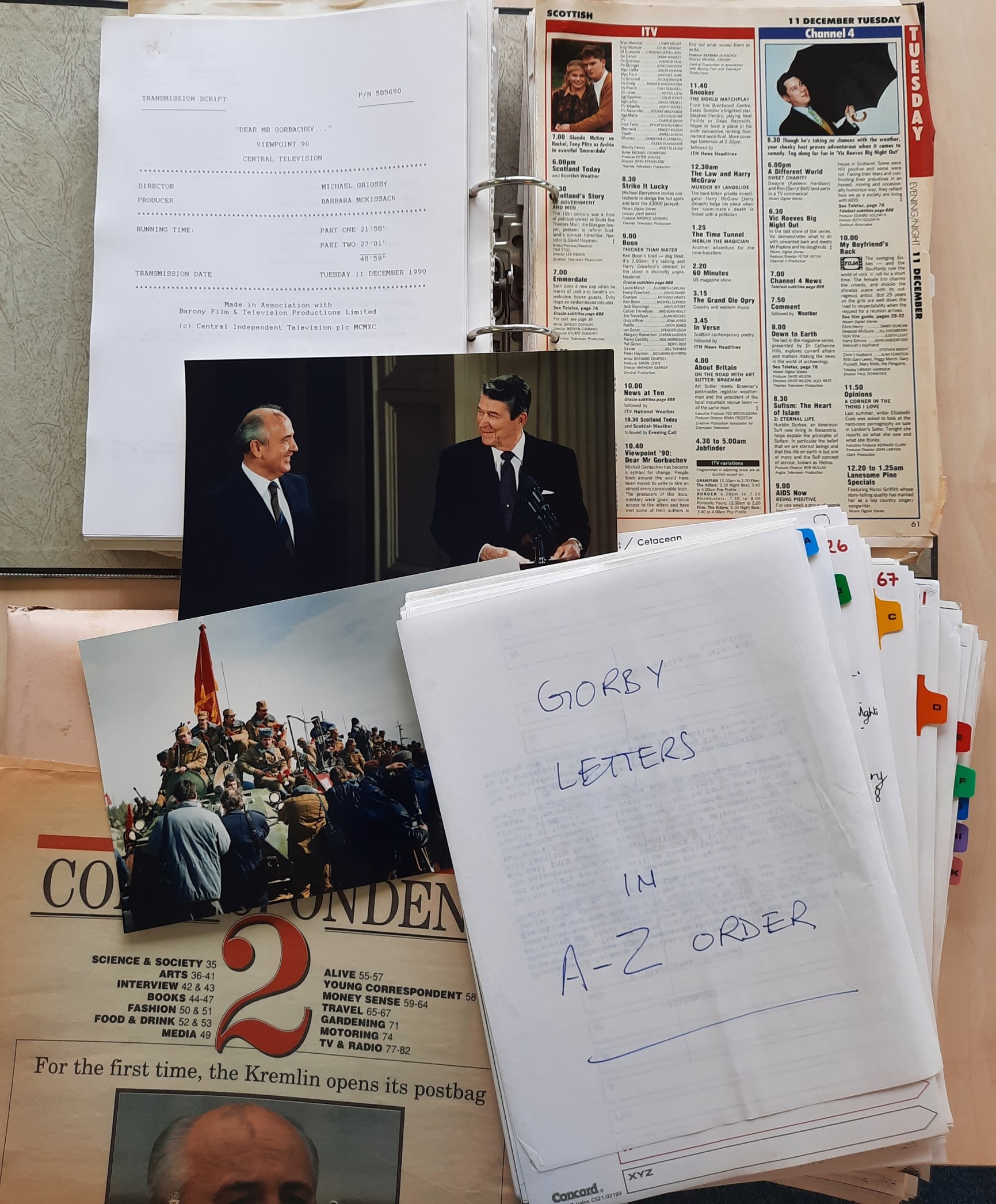