In January 1964 the government announced that a new university should be set up in Scotland and the University Grants Committee was tasked with selecting its location. In July 1964 it was announced that the Airthrey Estate in Stirling was chosen as the site. The University of Stirling opened its doors to its first intake of students in September 1967 with the institution adopting an innovative two semester system which was designed to fit the flexible and broad study options it hoped to provide. The University also received its Royal Charter and Statutes in 1967, the Charter being revised in 1993.

The University was built on the site of the Airthrey Estate. In 1939 Airthrey Castle became a Maternity Hospital, the estate being first leased, then purchased by Stirling County Council. The estate then passed to the Secretary of State for Scotland in 1948 following the establishment of the National Health Service. The 300 acre site was formally gifted to the University in 1965. Once the Maternity Hospital was closed in 1969 the University was able to occupy Airthrey Castle itself. Today the university has over 12,000 students engaged in research and study in a wide variety of subjects

Material tracing the planning, growth and development of the institution; the minutes and papers of its administrative committees; and photographs and memorabilia of life on campus. 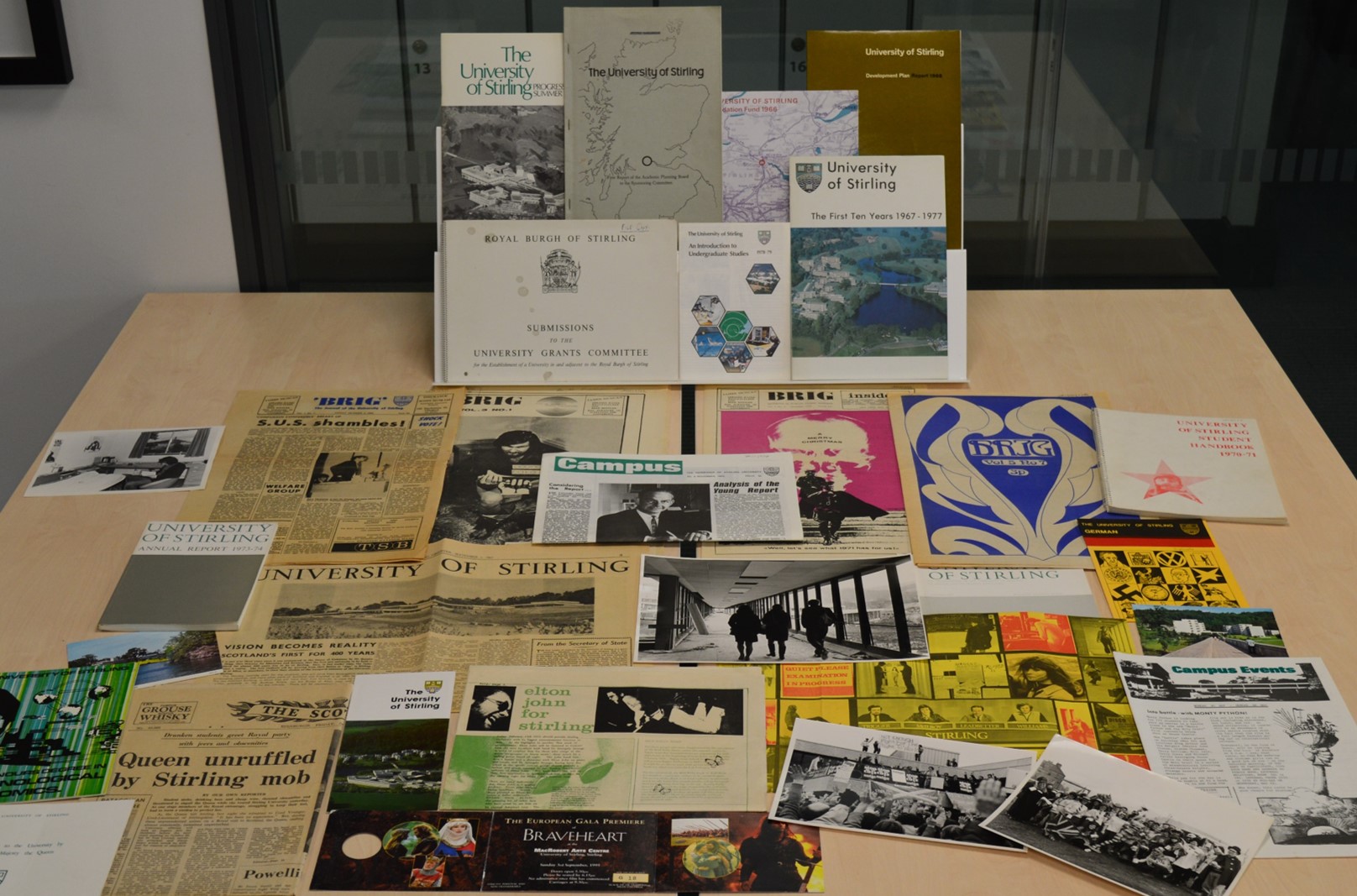 Title deeds and associated papers relating to the Airthrey Estate.

19th and 20th century business records of the fishery, which was acquired by the University of Stirling in 1979.

Interviews with former staff and alumni of the university collected by the Stiring University Retired Staff Association. 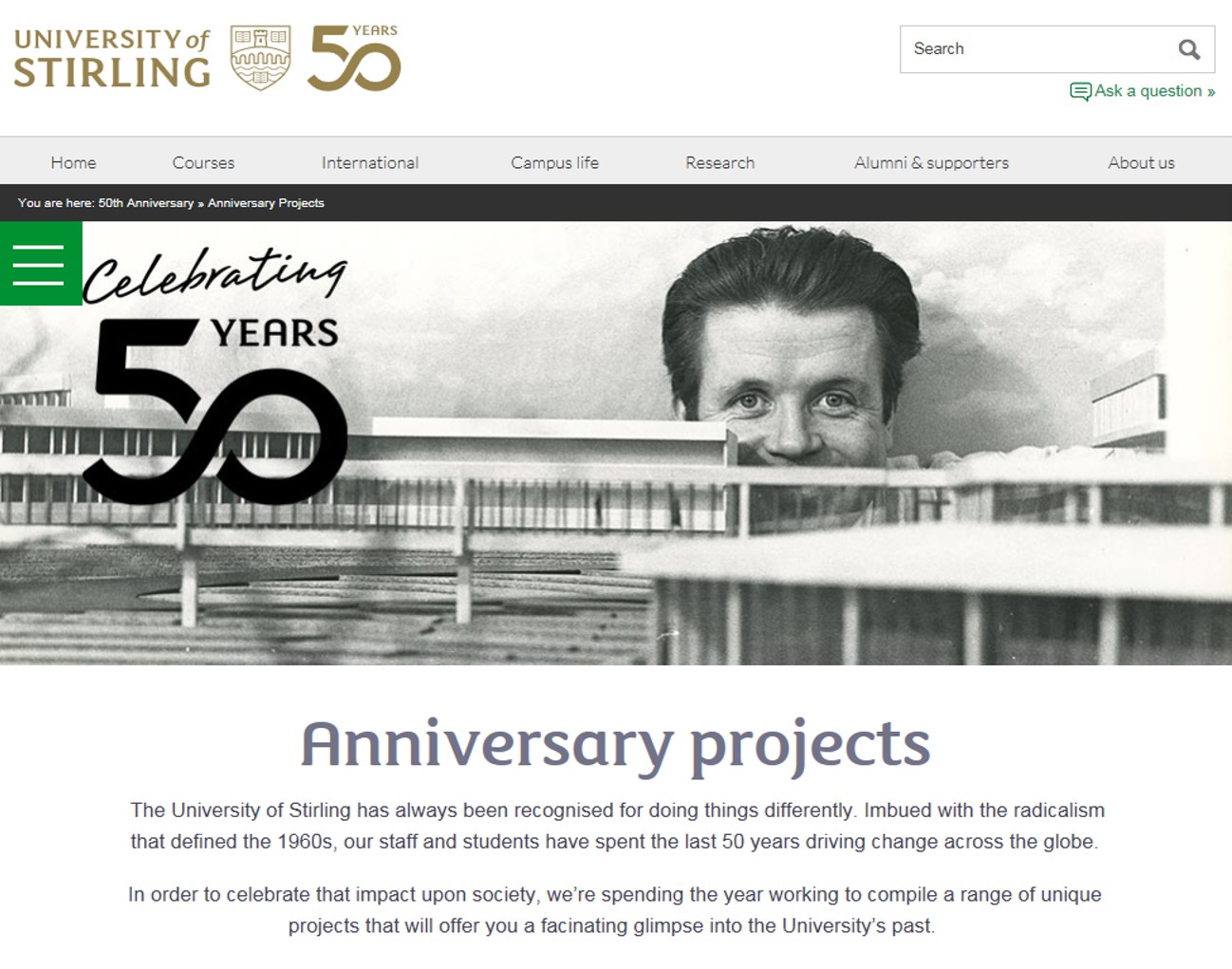 Find out more about the history of the university on the 50th anniversary website and at #Stirling50 on Twitter. 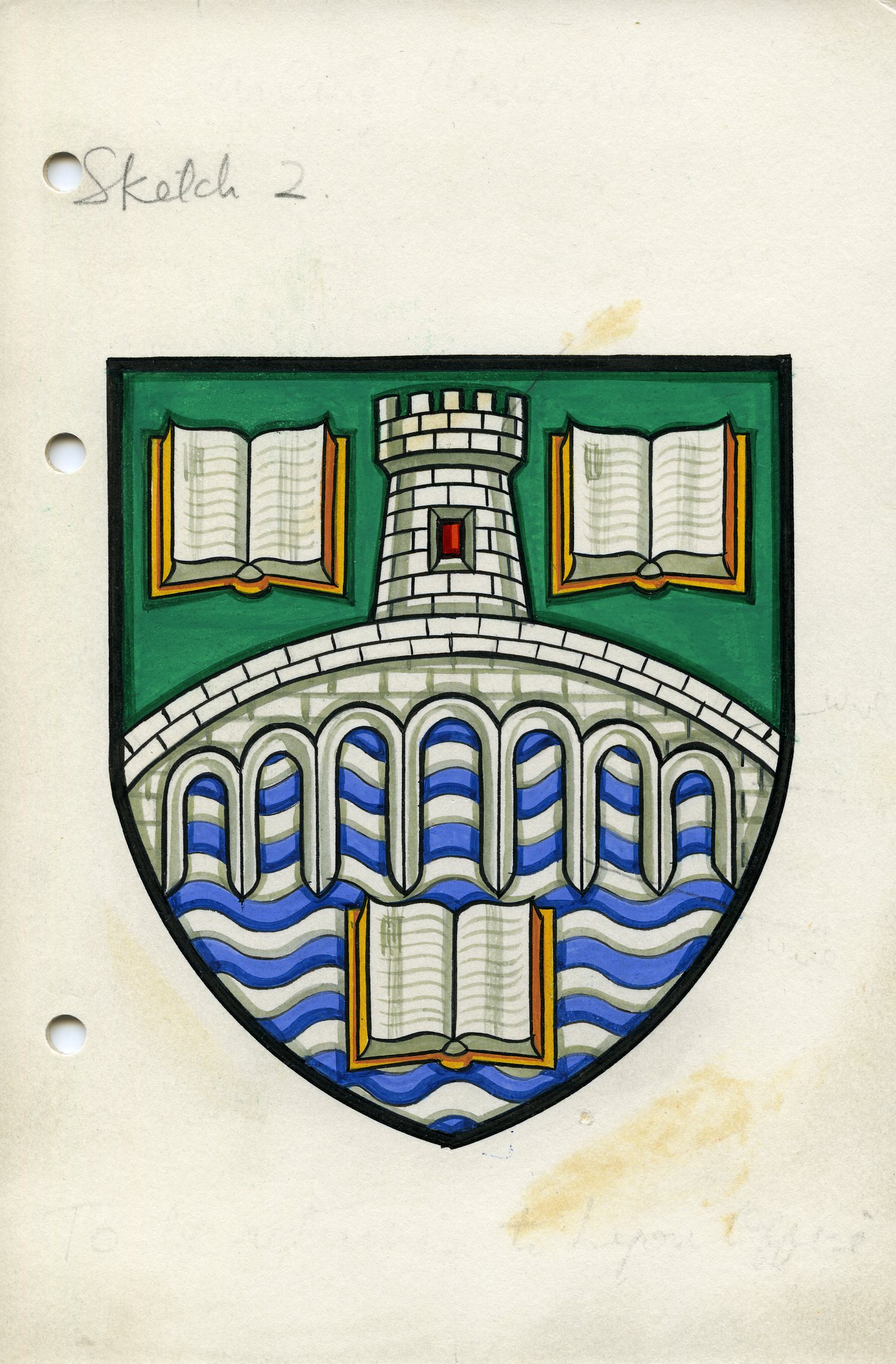 Original design for the university arms, 1967.