Characterised today by its 'Keep Music Live' slogan (which was first coined in the 1960s) the Musicians' Union represents over 30,000 musicians working in all sectors of the music business. The records of the union and its predecessors provide a detailed account of the various challenges (both political and technological) which have faced performing musicians over the last century. The collection provides a unique perspective on the cultural history of Britain over the last 130 years through the experiences and struggles of the musicians and performers who entertained a nation. A wide range of cultural developments, political campaigns and historical events are reflected in the Archive including; the sinking of the Titanic; the impact of the ‘talkies’ on cinema orchestras; the struggle of women musicians for recognition; the ‘dance hall’ craze of the 1930s; disputes with the BBC; the arrival of ‘rock and roll’; and the ‘Keep Music Live’ and ‘Rock Against Racism’ campaigns. The broad coverage and detail of the union’s membership records also provide a hitherto untapped resource for genealogists and local historians.

The Musicians' Union Archive consists of the records of the Central and District offices of the union and over 60 Branches (across England, Scotland and Wales). The collection also includes records relating to the Amalgamated Musicians' Union (which merged with the National Orchestral Union of Professional Musicians in 1921 to form the Musicians' Union) dating back to 1879. The administrative records of the union include accounts, annual and monthly reports, concert programmes, conference papers, correspondence files, directories, election papers, membership material, minute books, photographs, press cuttings, strike material and papers relating to campaigns led and supported by the union.

The Musicians' Union Archive has been fully catalogued with detailed information on the contents of the collection available on our online catalogue.

The Summary of holdings document provides a useful overview of the records held at national, district and local branch level.

Summary lists of some of the main series of records in the collection are included below.

The records of the Birmingham Branch of the Musicians' Union covering the period 1894-1964 are held in Birmingham City Archives.

The personal papers of Henry George Farmer, Secretary of the Glasgow Branch of the Musicians' Union in the 1920s are held in the Special Collections Department of the University of Glasgow Library.

Some material relating to the Edinburgh Branch of the Musicians' Union, including the minutes for 1931-1946, are held in the Manuscripts Section of the National Library of Scotland.

A useful chronology of the growth and development of the Amalgamated Musicians' Union between 1874-1917, compiled from information contained in a calendar produced by the union in 1917 is available below:

History of the Musicians' Union 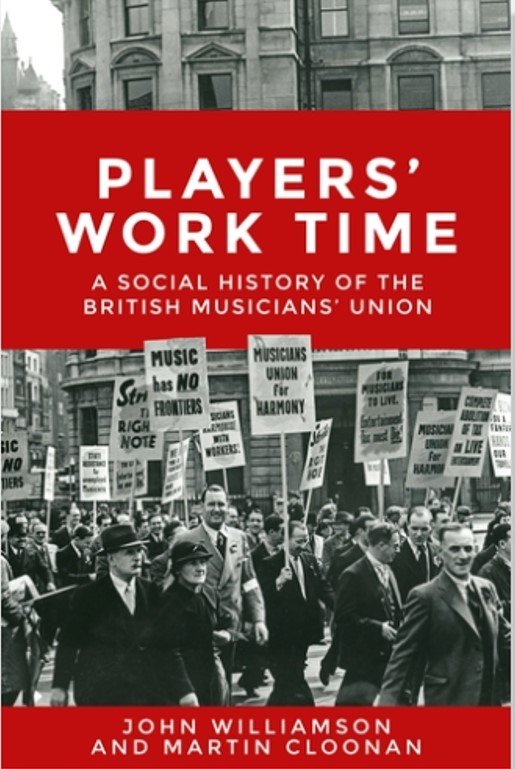